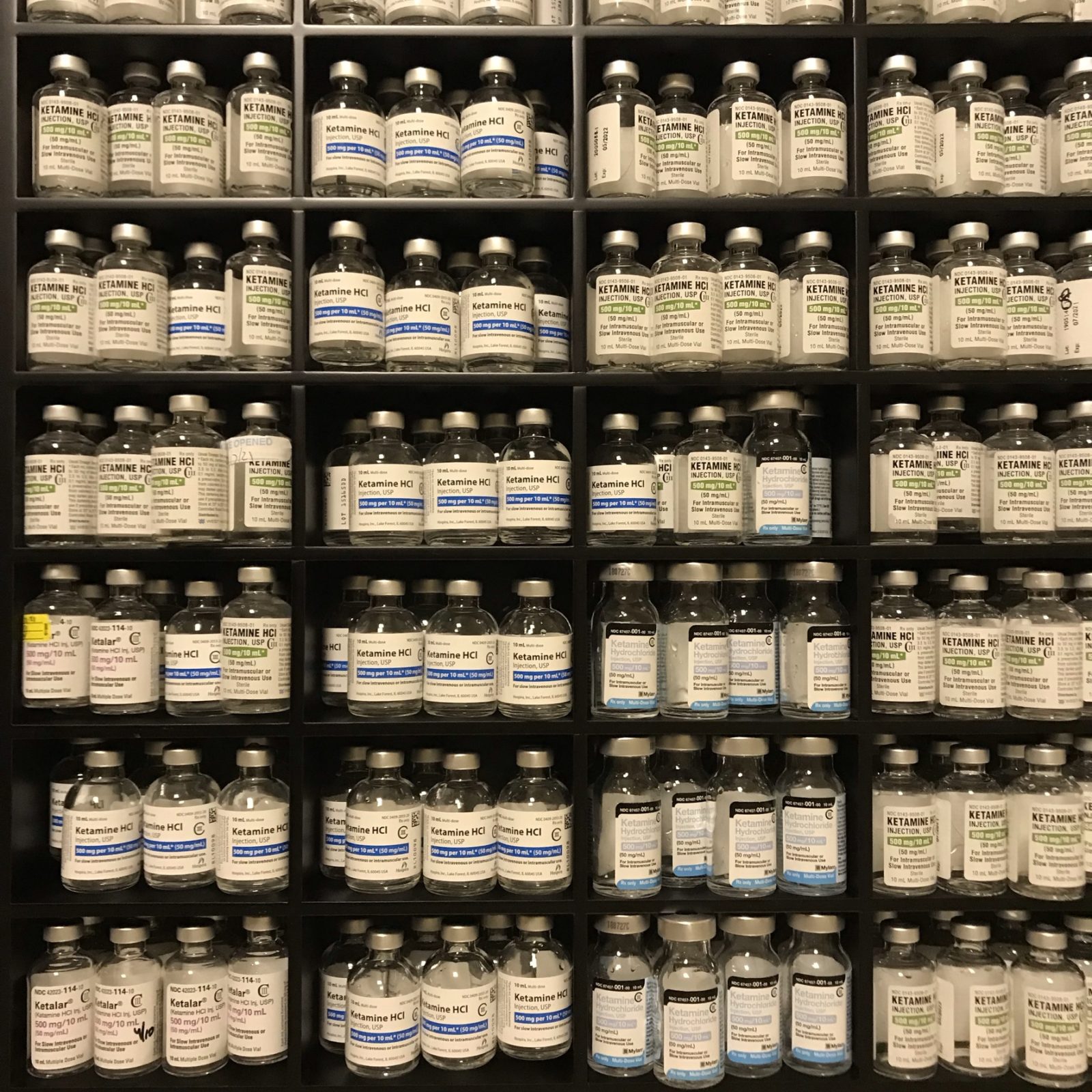 If you are suffering from depression, bipolar disorder, Anxiety, OCD, or chronic pain and are considering ketamine therapy in Virginia, contact us at 703-844-0184 or email us with your contact information, including your phone number:

The article was interesting, but labels ketamine as a psychedelic, when, in fact, it is a dissociative agent that is FDA approved for anesthesia since 1970. It is also one of the safest drugs on the planet, with a high safety margin and is included on the World Health Organization’s list of medications that all countries should carry due to its efficacy and safety. Tylenol kills over 150 people per year in the United States. Ketamine alone has been associated with very few deaths in 50 years of medical use, and in one UK study, no deaths were found to be from ketamine use alone. When taken medically, ketamine is extremely safe, and when used in subanesthetic doses (<10% of anesthetic does), ketamine is extremely safe.

Ketamine has been found to be rapidly effective for treatment resistant depression, suicidality, anxiety, bipolar depression, and several other mood disorders. Ketamine is a treatment, not a cure, and may require repeat booster infusions or ongoing oral or intranasal administration for maintenance. Some 70% of patients will have response or remission of their depression from an initial series of ketamine treatments, which produces results within days, rather than weeks-to-months as in the case of traditional therapies, if they even work. The STAR*D trial demonstrated that only 30% of patients will have a remission with the first medication treatment used and many others only get a partial remission after several weeks of therapy.

Ketamine does face cultural distrust despite being FDA approved in some manner, even as Esketamine, a ketamine nasal spray for treatment resistant depression. Many people are fine with considering psychedelics such as psylocibins, yet they are not legal at a federal level. For some reason, the process of feeling high, dissociated, having synesthetic experiences, or any bizarreness is a problem if its ketamine but not if it’s Marijuana or Psilocybin. After all, marijuana is “Medical Marijuana” and Psylocibins are “magic mushrooms.” Who can disagree with a medical substance or something that’s ‘magical?” Ketamine goes by the name of “Special K” and ‘horse tranquilizer,’ but it was always a human drug first and foremost, made by Parke Davis in 1962. Yes, the drug can be a bit ‘trippy’ during its administration through the IV, but that trip stops when the infusion is completed. The main side effects are nausea, dizziness, and occasional anxiety. From a monitoring perspective, the World Health Organization recognizes that minimal monitoring is needed for ketamine’s use, but in our clinic, NOVA Health Recovery Ketamine Center, we use pulse ox, blood pressure, and ECG monitoring with ACLS availability for patients with medical risks.

Given the availability of ketamine, its efficacy, and the rapidness of its results, it would seem that everyone would jump on board with this treatment. Who wants to be depressed for months until the right drug is found? Those drugs come with worse side effects than ketamine. Traditional antidepressants cause weight gain, sexual impotence, anhedonia (loss of pleasure), and other complications. Ketamine is weight neutral, has no sexual side effects and is a treatment for anhedonia. What people do not realize is that each episode of depression results in cognitive loss, brain fog, and amotivational conditions that are, in time, associated with increased medical comorbidities due to stroke and heart attacks. Ketamine, when used prescriptively, is procognitive, helping repair the neural circuitry that is damaged by depression:

Ketamine is also reproducibly effective in trial after trial for the rapid treatment in depression:

The effect of intravenous, intranasal, and oral ketamine in mood disorders: A meta-analysis

Traditional antidepressants work on the serotonin, dopamine, and norepinephrine systems of the brain. The theory of the monoaminergic hypothesis of depression is that the serotonin and dopamine systems were the primary cause of depression by there being too low levels of these neurotransmitters. In the late 1990’s, research by Phil Skolnick demonstrated that the major neurotransmitter of the brain, glutamate, which is excitatory in nature, may be the relevant target in depression. Ketamine alters glutamate transmission in the brain by blocking certain NMDA receptors and activating AMPA receptors resulting in the production of Brain Derived Neurotrophic Factor (BDNF). BDNF results in the production of new connections in the brain that, in part, repair damaged neural circuits that caused depression.

Ketamine and the Future of Rapid-Acting Antidepressants

Although ketamine and traditional antidepressants both increase BDNF to increase new synapse formation (neuroplasticity), ketamine can make this happen in hours to days.

Ketamine is best used in conjunction with other therapies, including cognitive behavioral therapy, behavioral activation (structuring lifestyle) , exercise, diet changes, and stress reduction. Ketamine assisted psychotherapy (KAP) has been studied, in part, and represents the use of therapy using oral and IM ketamine during a psychotherapy session as an integrative therapy session. There are no controlled studies demonstrating this is effective, but the concept makes sense. Ketamine is best paired with therapy sessions the following day, from our perspective, as many patients are unable to recall conversations during the infusion sessions. The brain has improved neuroplasticity in the following hours to days after an infusion and is ready for ‘new learning.’ New habits can possibly be generated during this process.

Ketamine represents a rapid means of treatment for depression, suicidality, bipolar depression, anxiety and OCD disorders. It is best used in conjunction with other therapies such as cognitive behavioral therapies, exercise, and other medication support. The use of home-based ketamine therapies such as ketamine nasal spray and oral lozenges represent a method that can allow the maintenance of treatment in the convenience of the home setting. NOVA Health Recovery Ketamine Center (Fairfax, Virginia) offers IV ketamine infusions for the treatment of depression, Anxiety, pain, and OCD. We have found that continuation therapy with home-based intranasal ketamine and oral ketamine allows for more effective management of these disabling disorders. Call us for more information: 703-844-0184 or go to our website for more information: NOVA Health Recovery Ketamine Infusion Center.